Board of Directors
Home / Team / Page 4
About us Menu

Janice Price became President of The Banff Centre on March 16th, 2015. She most recently served as CEO of the Luminato Festival, Toronto’s Festival of Art and Creativity, an organization she led since its inception in 2006. As the Festival’s Founding CEO, Price helped Luminato become one of the world’s largest and most respected annual multi-arts festivals. The Festival reaches over 800,000 audience members annually, and in its first eight seasons, the Festival commissioned 75 new works. Previous to Luminato, Price was the President and CEO of The Kimmel Center for the Performing Arts in Philadelphia from 2002-2006, and prior to that position, she was Vice President of Marketing and Communications and then Interim Executive Director at New York’s Lincoln Center for the Performing Arts.

Prior to her professional engagements in the United States, Price held senior positions at a number of Toronto arts organizations, including the Hummingbird Centre for the Performing Arts and The Corporation of Roy Thomson Hall and Massey Hall. From 1992 – 1996, Price was the Director of Marketing and Special Projects for the Stratford Festival. 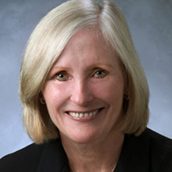 Gail O’Brien holds positions with a variety of non-profit organizations in Canada and abroad. She is Co-Chair of the Council for Canadian American Relations, Chair of the Dean’s Advisory Council for the Faculty of Medicine at the University of Calgary and the Birks Advisory Board for Calgary, Vice-Chair of the Glenbow Museum, Trustee of the board of The Hospital for Sick Children (SickKids), and Trustee of the Board of the Ontario Science Centre. She is also the past chair of the National Arts Centre Foundation and past board member of the YWCA of Calgary. Formerly the owner of a speciality women’s boutique and General Manager of Calgary’s Holt Renfrew, Gail was the recipient of the Women of Distinction Award for Business and Entrepreneurs in 2000. She holds a BA in English and Fine Arts from McGill University.

Greg A. Reed is a director of the National Arts Centre Foundation and a former director of the National Ballet of Canada. Following a 20-year career with international consulting firm McKinsey & Company in New York, London, and Toronto, he served as the CEO of both an investment firm and a private bank. Greg holds an MBA from Harvard Business School and a B.Sc. in Computer Science from the University of Toronto.

Gillian Smith is Vice President, Membership and Marketing at the Toronto Region Board of Trade (TRBoT). In this role, she is responsible for developing, leading and delivering the strategy, services and activities necessary to retain, engage and grow the Board’s membership of more than 12,000 Toronto business leaders. Prior to joining TRBoT, Gillian served as Chief Executive Officer of the Institute for Canadian Citizenship, a national charity that promotes inclusion and citizenship. In this role, she built a national network of more than 1,200 partners to serve the integration needs of Canada’s new citizens in all aspects of Canadian life. In addition, Gillian spent more than fifteen years in the private sector in senior corporate communications and government relations roles, notably with the Royal Bank of Canada and RBC Capital Markets, and Aeroplan (now Aimia). A graduate of Queen’s University (Honours, Arts – Sociology and French), Gillian is very active in the community. She currently serves as Chair of the Toronto Public Library Foundation, Vice Chair of Community Food Centres Canada and is a board director with Business / Arts and Culture Days. 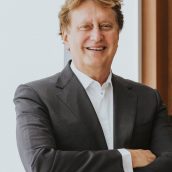 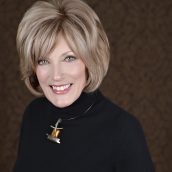 Janet Yale is President and Chief Executive Officer of The Arthritis Society. She is the former Executive Commissioner and CEO of Scouts Canada and Executive Vice President of Telus. Janet has a Bachelor of Arts degree from McGill University and a Master of Economics and a Bachelor of Laws from the University of Toronto. Janet is currently a Board member of the Health Charities Coalition of Canada, Samara Board Vice-Chair, Chair of the Arthritis Alliance of Canada. She was named by the Women’s Executive Network one of Canada’s Most Powerful Women – Top 100 for 2004, 2005 and 2006, was inducted into the Women’s Executive Network Hall of Fame in 2007 and is a recipient of the Queen Elizabeth II Diamond Jubilee Medal 2012.

Takashi Yamashita is Associate Director, GE Commercial Finance, Real Estate. Takashi holds an MBA from the Rotman School of Management, University of Toronto, and Master of Architecture from the University of Manitoba. Having practised globally, he has comprehensive experience in real estate investment, development, architecture, and management. Takashi has in excess of seven years of co-chair experience in the arts. His volunteer experience includes the Winnipeg Art Gallery, the University of Manitoba, and the National Association of Japanese Canadians.

Let’s Connect!
Receive the latest in Business / Arts’ news.
Join Our Mailing List
We use cookies and similar technologies to help give you the best experience on our site and to show you relevant advertising. If you continue to use this site, we’ll assume that you’re happy to receive all cookies.Accept and Close