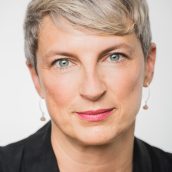 Alisa is the recipient of numerous awards both in Canada and internationally, and has premiered and toured original and provocative theatre creations for over twenty years. Her roles include Artistic Director of Nightwood Theatre where she commissioned and produced landmark productions including Harlem Duet by Djanet Sears, and Smudge by Alex Bulmer, Canada’s first professional play by a visually impaired playwright; Resident Director for the world premiere of The Lord of the Rings; Director for eight seasons at the Shaw Festival and is now in her second season at the Stratford Shakespeare Festival.

Alisa is an active member of Vita Brevis as well as the Comité d'évaluation de théâtre for the Conseil des Arts de Montréal. She has served on the Toronto Arts Council, Canada Council for the Arts and the Ontario Arts Council, and was a board member with Theatre Centre in Toronto. She is the recipient of the Award of Excellence in the Arts from her home province of New Brunswick and is a three-time finalist for the Siminovitch Prize for Directing. 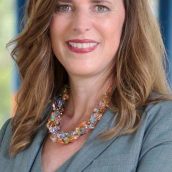 Executive Director,
Stratford Festival
Anita Gaffney
Stratford Festival
Executive Director,
Since being appointed Executive Director of the Stratford Festival in 2012, Ms Gaffney has guided the Festival towards financial stability while supporting the introduction of a number of new initiatives including The Forum, The Laboratory, the HD film series and the Stratford Direct bus service. The Festival is in the midst of a $100 million campaign to support the redevelopment of the Tom Patterson Theatre and the activities housed in this new facility. The new Tom Patterson Theatre is set to open in the spring of 2020. Ms Gaffney joined the Festival in 1991 as a Publicity Assistant, and over the past 29 years has held a variety of positions, including Director of Marketing during the theatre’s years of peak attendance. An active member of the Stratford community, Ms Gaffney is Past Chair of the City of Stratford’s economic development agency, the Stratford Public Library, and in 2011 she served as the Campaign Chair of the United Way Perth-Huron. Ms Gaffney was named one of Canada’s Most Powerful Women by the Women’s Executive Network in 2018 and received an honorary doctorate from Western University in 2019. She participated in the Governor General’s Leadership Conference in 2008 and received a Business Excellence Award for Personal Achievement from the Stratford and District Chamber of Commerce in 2006 She has an MBA from the Richard Ivey School of Business and a degree in English Language and Literature from Western University. She has continued her executive education through Harvard Business School. She resides in Stratford with her husband, Kevin. 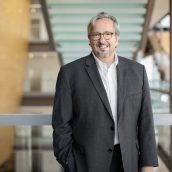 Executive Director
The National Ballet of Canada
Barry Hughson
The National Ballet of Canada
Executive Director
Barry Hughson joined The National Ballet of Canada as Executive Director in 2014, partnering with Karen Kain to accelerate the company’s trajectory of artistic growth, fiscal responsibility, community engagement and international acclaim. In 1988, Mr. Hughson began his professional career as a dancer with The Washington Ballet, performing at the Kennedy Center and internationally. After retiring as a performer, he served as Executive Director at a variety of arts institutions in the US, including The Warner Theatre, Complexions Contemporary Ballet, American Repertory Ballet, Atlanta Ballet and Boston Ballet. Mr. Hughson is deeply engaged with the international arts community and is sought-after as a speaker at industry events around the world. For nine years, he served on the board of Dance/USA, North America’s largest service organization for professional dance. In partnership with Dance/USA and The Royal Ballet, Mr. Hughson spearheaded the first meeting of North American and European executive dance leadership in 2015. In Canada, Mr. Hughson serves as Vice-Chair of the Canadian Dance Assembly and as a member of the Coordinating Committee for Respectful Workplaces in the Arts, where he chaired the working group responsible for the development of a nationwide Code of Conduct for the Live Performing Arts. 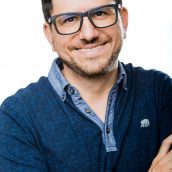 CEO
National Theatre School of Canada
Gideon Arthurs
National Theatre School of Canada
CEO
Gideon Arthurs is CEO of the National Theatre School of Canada, the first and only institution in the country that is entirely devoted to providing professional training in all aspects of theatre in both official languages. The National Theatre School was founded in Montreal in 1960 and is one of the cornerstones of French and English performing arts in Canada. It counts among its alumni over 2100 artists who have made immeasurable contributions to our collective identity. NTS offers exceptional training for artists of every stripe to create works that matters. The School’s influence is felt from coast to coast to coast and around the world. Many of Canada’s most prominent theatre, performance, film, and television artists are NTS graduates. Today, as a global leader in theatre training, NTS shares its expertise and resources with a broad and diverse community of Canadians to ensure that the performing arts continue to play an important role in society. Gideon is an agent of change. Under his leadership, the School now offers artistic residencies for mid-career artists as well as a drama program to approximately 8000 high school students in 400 Canadian communities. Gideon, who is originally from Toronto, is a cultural leader. Before joining NTS, Gideon led numerous important projects while serving as General Manager of Tarragon Theatre in Toronto, Executive Director of the Toronto Fringe Festival, and President of the Small Theatre Administrative Facility. In addition, he was a member of the Labour Relations Committee at the Professional Association of Canadian Theatres. Gideon is also the founding Artistic Producer of the independent theatre company Groundwater Productions. Most important of all, he is the father of two amazing children and the husband of a genius playwright. 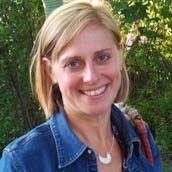 Executive Director
Winnipeg Folk Festival
Lynne Skromeda
Winnipeg Folk Festival
Executive Director
Lynne Skromeda is the Executive Director of the Winnipeg Folk Festival where she oversees both the four-day summer festival and its year-round initiatives. A graduate of the Asper School of Business at the University of Manitoba, Lynne also spent 13 years in senior executive roles in the Canadian film and television industry, largely working for the independent production company, Frantic Films. A passionate supporter of her community, she is also a volunteer board member of Imagine Canada, the Winnipeg Chamber of Commerce, Music Canada Live and Green Action Centre as well as a number of advisory committees and councils including the Canadian Arts Summit. She previously served on the boards of Manitobans for the Arts, the West End Cultural Centre, On Screen Manitoba, Plug In ICA, TEDxWinnipeg and the Manitoba Premier’s Economic Advisory Council.

President
M. Michèle Maheux Coaching & Consulting
Michèle Maheux
M. Michèle Maheux Coaching & Consulting
President
Michèle Maheux is a 40 year veteran of the Arts & Culture arena in Canada, having served most recently as the Executive Director and Chief Operating Officer of TIFF (Toronto International Film Festival). In her more than 30 year tenure at TIFF, she helped grow the organization into one of the most powerful and acclaimed cultural institutions in the world with a purpose-built home in the heart of downtown Toronto – TIFF Bell Lightbox. Throughout her career, Maheux has focused on organizational and leadership effectiveness - helping to cultivate the next generation of arts leaders for Canada. Maheux has used her transition from TIFF to concentrate on this mission and is now a certified and practicing Executive Career Coach and is now consulting for a number of CEOs and top teams in various sectors both at home and abroad. Maheux has been a member of provincial, municipal, industry and arts organization committees and advisories, has served as a juror at international film festivals around the world and has been a mentor for arts administrators throughout her career. In January 2020 she was recognized by the Toronto Film Critics Association with the Technicolor Clyde Gilmour Award for service in the advancement of Canadian film. Maheux is also a two-time recipient of WXN (Women’s Executive Network) Top 100 Most Powerful Women in Canada Award (2011, 2018), and the Queen Elizabeth II Diamond Jubilee Medal (2012). She is past Vice-Chair of the Board of Governors of Ryerson University, past Director of the Movie Theatre Association of Canada, past Director of the Board of the TD Toronto Jazz Society and Festival. She is a Certified Effectiveness Coach, Certified Professional Co-Active Coach and an Associate Certified Coach with the International Coaches Federation. She holds the ICD.D designation of the Directors’ Education Program of the Rotman School of Management. 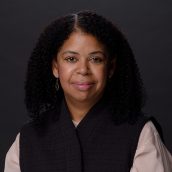 Head of Exhibitions & Collections/Chief Curator
Remai Modern
Michelle Jacques
Remai Modern
Head of Exhibitions & Collections/Chief Curator
Michelle Jacques is a curator, writer and educator who moved to Treaty 6 Territory and the Traditional Homeland of the Métis in February 2021 to begin her role as Head of Exhibitions and Collections/Chief Curator at Remai Modern. Prior to this move, she was Chief Curator at the Art Gallery of Greater Victoria (AGGV) for 8 years, where she was responsible for guiding a curatorial and education program linking contemporary practices, ideas and issues to the Gallery's historical collections and legacies. Before she headed west, she held various roles in the Contemporary and Canadian departments of the Art Gallery of Ontario; was the Director of Programming at the Centre for Art Tapes in Halifax; and taught at NSCAD University, University of Toronto Mississauga, and OCAD University. 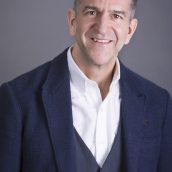 President & CEO
Arts Umbrella
Paul Larocque
Arts Umbrella
President & CEO
In 2016 Paul Larocque returned to Arts Umbrella to assume the role of President & CEO where he previously held senior management positions in the late nineties and early 2000s. Paul is thrilled to be leading the 40-year-old organization during a period of significant growth, which includes plans to repurpose the former Emily Carr University of Art + Design South Building to serve as Arts Umbrella’s new core facility (scheduled to open in fall 2020). Prior to his return to Arts Umbrella, Paul held the position of Associate Director of the Vancouver Art Gallery for more than a decade where his portfolio included administration, fundraising, government relations, strategic planning, education, and the Gallery’s relocation efforts. With over three decades of involvement in the cultural sector, Paul is committed to promoting the importance of arts education and the arts in our communities. He is an active member of Vancouver’s cultural community and is a member of Chor Leoni Men’s Choir, as well as the City of Vancouver Arts and Culture Advisory Committee and Granville Island Council. For several years, Paul has served as a Mentor and a Selection Committee Chair with the Loran Scholars Foundation. 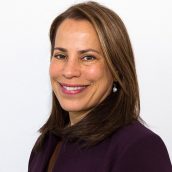 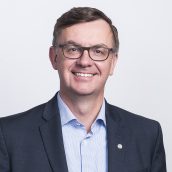 CEO
Confederation Centre of the Arts
Steve Bellamy
Confederation Centre of the Arts
CEO
With more than 25 years in the arts and heritage sector, Steve Bellamy has worked across Canada as an arts administrator, entrepreneur, educator, and music producer. He was the founding president of Addo Records jazz label and Dean of the Humber School of Creative & Performing Arts in Toronto when, in 2018, he accepted the role of CEO at Confederation Centre of the Arts in Charlottetown. As CEO at Confederation Centre of the Arts, Steve works with hundreds of dedicated staff and volunteers to deliver on its mission, “Inspire and engage, through visual and performing arts, to celebrate an evolving Canada.” He is especially committed to effective governance, positive work environments, strategic planning, sustainable business models for creative industries, partnership development, and world-class programming. As a music producer and recording engineer, Steve has made more than 200 commercial recordings with leading jazz and classical artists such as the Gryphon Trio, James Ehnes, Anton Kuerti, Tafelmusik, Jane Bunnett, Mike Downes, Kirk MacDonald, Ted Quinlan, and Pat LaBarbera. His recordings have received several JUNO awards and nominations. Steve has held faculty positions at Humber College, McGill University, The Banff Centre for the Arts, and The Hartt School of Music, Dance and Theatre. He holds a Bachelor of Music degree from the University of Prince Edward Island, and a Master of Music degree in Sound Recording from McGill University, and is a graduate of the Advanced Executive Management program at the Queen’s School of Business.
Let’s Connect!
Receive the latest in Business / Arts’ news.
Join Our Mailing List